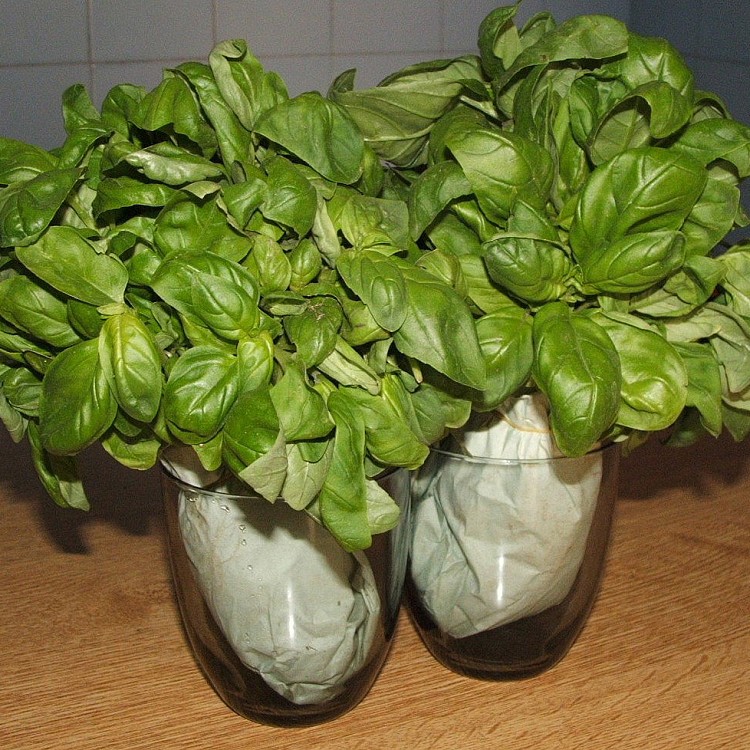 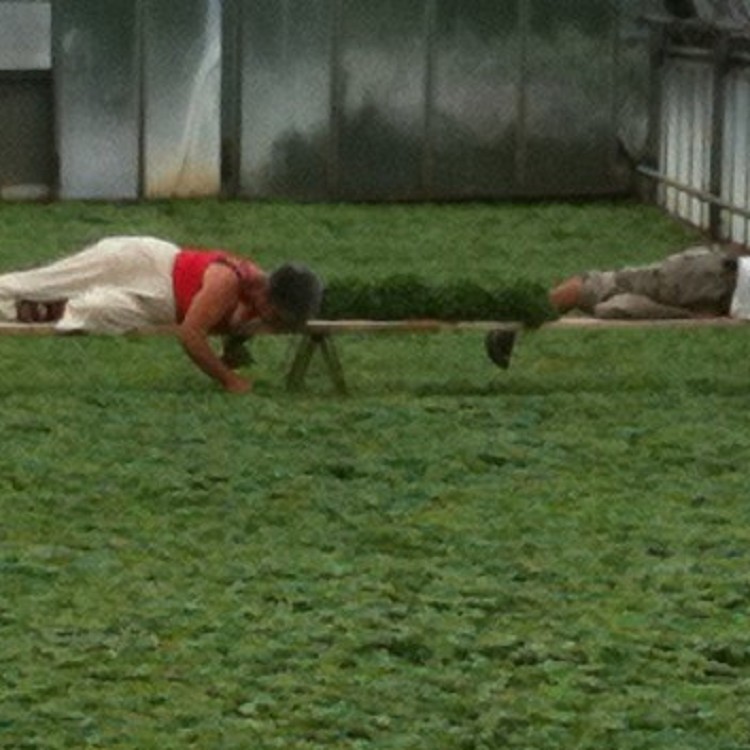 The basil used by Naturaequa comes directly from Prà, in the province of Genoa, an area famed for its basil cultivation.
It is supplied by the “Azienda Agricola Casotti Roberto”, which you can get in touch with and visit by appointment.
Via Lemerle 25, Genoa – Voltri, Tel. (+39) 010 6136450
THE COMPANY:     A family-run business consisting of 3000 square metres of cultivated terraced land farmed using greenhouses
THE PRODUCTS:     Certified D.O.P. basil, in bunches and for use in secondary products
DISTRIBUTION:     Large-scale Retail Groups (Sogegros, Gulliver), local retailers, producers of secondary products (Stemarpast)
POINTS OF UNUSUAL INTEREST:     An agritourism facility functioning as a B&B with 3 single-room flats
Via Lemerle 25, Genoa – Voltri, locality of Chiappa. The hill you must climb to get there is steep, difficult even in a car. Once you have reached the top, however, you will understand that it was well worth the effort.
It is here that Sergio Casotti runs his farm, specialised in the cultivation of basil, together with his parents, wife and two associates. The view overlooks the sea from high above and serenity reigns supreme. It is no coincidence that Casotti has recently also opened a bed and breakfast fully immersed in that atmosphere, near to the greenhouses and to the building where he himself lives.
“Ours is a family business,” Sergio says, “one which was started by my grandparents. Our land used to be near to Villa Podestà but, when they built the Voltri interchange, our property was expropriated, so we moved here.”
The Casotti Roberto farm has four-thousand square metres of land under cultivation, with two tunnels and five greenhouses, all dominated by the green of basil.
Since the early 1900s, generation after generation, the Casotti farm has adopted the most modern techniques in an effort to improve working conditions, but some aspects of what they do have stood fast and faithful to tradition, with the aim of safeguarding the quality of its products. Proof of this is clear to see in Sergio Casotti’s commitment to creating and promoting the trademark of the Unione Agricola Genovese (Alliance of Genoese Farmers), which set to work this spring to create a recognisable identity for local agricultural products grown in the area west of the city, including not only basil, but also other, seasonal, crops. “This trademark,” Sergio Casotti explains, “is intended to replace the word ‘nostrano’ (t.n. ‘local’), which is often misused in agriculture, and thus create a closer link between the producer and the consumer. Upon signing up, all of the members of our Alliance guarantee their adherence to traditional methods of farming (as set down in the Production Standards of the Alliance itself). This applies to basil as well, which is why, as a trademark, we are against the hydroponic, or ‘out-of-soil’ cultivation method, because we believe that it ‘denaturalises’ Genoese basil, whose richness and identity lie in the soil of this area of Genoa.”
The basil is harvested by hand, the harvesters lying flat on wooden planks, as you can see in this photo.

“Basilico Genovese” (Genoese basil) is a species of basil and the official name of the Italian D.O.P. (Protected Designation of Origin) crop. The process of having it recognised as such went on for over six years, with its final phase finally drawing to an end between 2004 and October 2005.
This product – although the Protected Designation of Origin refers to cultivation sites all over Liguria – is grown mainly in a specific neighbourhood of Genoa called Prà, where it has been cultivated since antiquity. It is renowned for its quality and is especially well-suited for use in classic pesto, the typical condiment of the Ligurian culinary tradition, the ideal addition to a wide variety of pasta dishes and special canapés and savoury pastries.
“Basilico Genovese” (whose official Italian name, with its upper-case letters, is the one given to it by the Italian Ministry for Agricultural Policies in concert with the EU) can be distinguished by medium-to-small leaves that are oval in shape and convex, and by its characteristic pale green hue. Its scent – in comparison with other types of basil – is particularly delicate and absolutely free of the minty fragrance this herb sometimes has when grown in other places.
The D.O.P. Promoting Committee for “Basilico Genovese” has its offices in the Ligurian capital, Genoa, at Via Gropallo, 10.
The over one hundred Ligurian farms that produce this crop are now waiting for the appropriate procedures for the establishment of a consortium for the protection of this Genoese basil to get underway.
On 4 June 2006, the “Parco del basilico di Prà” (Prà Basil Park) was opened. It was established on the grounds of the Villa Lomellini-Doria-Podestà, which had been renovated by the Genoese Provincial Government and is used as an Employment Agency for the Ponente (t.n. the western area near the coast).
The villa is adjacent to the large modern greenhouses next to the Voltri motorway toll plaza
(http://www.parco-basilico.it/).
Throughout history, basil has always been used as an ingredient in cosmetics.
The ancient Romans used it as a base for refined and elegant perfumes.
In cosmetics, it is used principally for its tonifying, cleansing, refreshing and antiseptic properties.

As a medicinal herb, its leaves and flowering tops are used to prepare infusions with sedative, diuretic, antimicrobial and anti-inflammatory qualities, and which are antispasmodic for the digestive tract. Basil is also used to treat indigestion and as a vermifuge. As a mouthwash, it is used to combat inflammations of the mouth. The oil is used to massage parts of the body that are aching or affected by rheumatism.
In India it is used as a supplementary treatment against stress, asthma and diabetes.
In cosmetics, it has a wide variety of uses, though it is often underestimated.
Basil’s therapeutic effects are fundamentally due to its essential oils, tannins and flavonoids.
Basil has tonifying properties and an invigorating effect on the skin, and it is also slightly antiseptic.
Used in the bath, basil extract is restorative and refreshing and promotes physical and mental relaxation.
It also has excellent deodorising and anti-stress properties.
Historically, its powerful and characteristic scent has meant it has been an ingredient in some of the most prestigious perfume compositions.
You can recognise basil extract in cosmetic products by looking for the name “Ocinum basilicum leaf extract” on the label.

IT CAN BE FOUND IN THE FOLLOWING PRODUCTS: