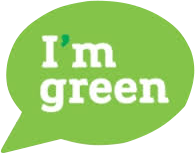 Naturaequa is committed to respecting the environment.

Plastics have been a focus of attention for many multinational companies, which have vested interests, chiefly economic in nature, in the plastics game, which is rapidly evolving.
Initially, the focus on plastics made from organic materials revolved around their biodegradability, or, better yet, compostability – in other words, the ability of bioplastics to degrade into carbon dioxide and water. A huge amount of the initial work focused on biodegradation. The main problem is that the infrastructure required to take advantage of compostability has not yet been developed. Data provided by European Bioplastics 2012 clearly shows that the trend is towards non-biodegradable plastics made from organic materials, which means that a trend towards biodegradable bioplastics is still far off.
Bio-Polyethylene (Bio-PE) is an excellent example of a polymer which, though made using a renewable raw material, is itself non-biodegradable. The first consideration is the source of the materials, which begin as biomass. Bio-PE is made using Brazilian cane sugar. Sugar cane is a food source, so there is debate over whether we should use raw materials that can be used for food production to make bioplastics.

It is important to know that:

One hectare of land produces 82.5 tons of cane sugar, which can be used to produce 7200 litres of bioethanol. In turn, when processed, this bioethanol produces 3 tons of bio-ethylene, from which 3 tonnes of bio-plastic (Green-PE) are obtained.
Bioethanol is produced from sugar cane using a fermentation process. The bioethylene monomer can thus be used in traditional polyethylene polymerisation processes to make different grades of PE (HDPE, LDPE, LLDPE).
According to the manufacturer, Braskem, a Bio-PE production rate of 200 kg ton per year would require approximately 450 million litres of ethanol and would require 65 million hectares of Brazilian sugar cane land to produce enough sugar for Braskem’s production. That would represent 0.02% of Brazil’s arable land. Clearly, the impact on the supply of sugar cane for food production is relatively small.
Typical end uses of Bio-PE include films (bags, packaging films), blown plastic materials such as beverage containers, petrol tanks for the automotive sector, injection-moulded items, tubes, and other applications.

BIOPLASTIC is not “plant material” nor is it biodegradable.
It is a plastic whose appearance is identical to the plastics we already use.
Pros:
It is plant-derived as opposed to being a petrochemical derivative. That means it is purer, and does not carry the risks of possible “problematic” substances such as phenols or melamines. It is therefore safer.
It has a low impact on energy consumption and on the environment: its manufacture requires less energy and produces much lower carbon dioxide emissions. To evaluate a material’s environmental impact at the global level, we must consider howmuch carbon dioxide (CO2) is released into the environment in order to produce it.

Its price is still high and not very competitive. However, it is predicted that, in the future, as the product becomes more widely and commonly used and its production process undergoes further improvements, its price might fall.

Naturaequa is always sensitive to the environment, both in its products and their packaging.
We have begun to use bioplastics for our tubes of Body Cream and Body Scrub, but we don’t intend to stop there.
Our environmentally-friendly choices are in continuous evolution!